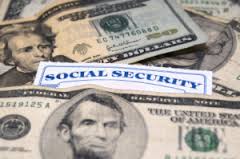 In In re Cranmer, the Chapter 13 trustee asserted that the debtor would receive more than $87,000.00 in Social Security income over the life of his plan and objected to the debtor’s plan on that basis. The 10th Circuit rejected the trustee’s argument stating that Bankruptcy Code Section 105(10A)(B)’s definition of “Current Monthly Income” specifically excludes benefits received under the Social Security Act. Therefore, Social Security income is not included when calculating disposable income.

The 10th Circuit found additional support for its conclusion in the Social Security Act, which shields payments made pursuant to the Act from “execution, levy, attachment, garnishment, or other legal process,” or from “the operation of any bankruptcy or insolvency law”.